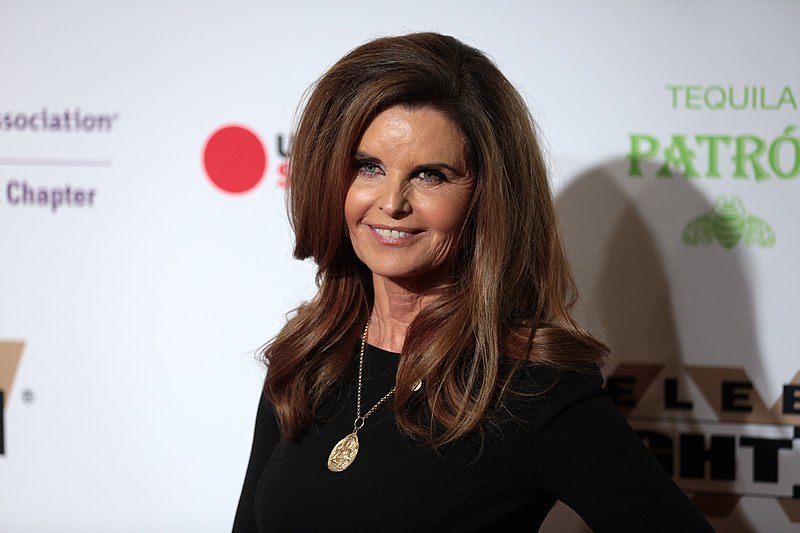 Arnold  Schwarzenegger is known across the globe for his multi-talents and achievements as he’s an Australian-American actor, filmmaker, businessman, author, former politician and a professional bodybuilder. He met a journalist Maria Shriver, daughter of Eunice Kennedy Shriver and sister of assassinated President John F. Kennedy, in 1977 and later married her in 1986.

In 2011, Arnold Schwarzenegger wife Maria filled a case against Arnold, in Los Angeles Superior Court, seeking a divorce when she discovered about his illegitimate son Joseph Baena with one of their housekeeper Mildred Baena, who worked for their family from years. Arnold himself confronted his wife about his extramarital affair with the worker. Joseph Baena was the same age as Arnold’s and Maria’s youngest son Christopher which concluded that both Maria and Mildred became pregnant with a short duration.

The two were in good terms during their pregnancy. They often used to discuss their pregnancy experience with each other without Maria knowing that Mildred was carrying her husband’s son. Later, in Mid-May, the couple got separated and officially announced their separation a few days past Maria leaving the marital home. Arnold Schwarzenegger, son Joseph was also revealed by Arnold and the relation with the domestic worker to the world.

In an interview, Patty Baena revealed that she wasn’t sure about Arnold being his child’s father until he grew up and the resemblance got evident. She stated that I predicted that Arnold Schwarzenegger was the father of my unborn son while I was carrying him. Still, with passing the time as Joseph grew older, the similarities between the two became apparent. He realized it, but he never confronted me. According to her, Maria always had the doubts, she often assured her that she was there for Maria to talk until she once asked her about it directly.

Mildred then revealed the reaction of Maria after knowing about the affair and stated “She was an adamant woman, She cried with me, and we fell in each other’s arm. I consoled her and assured her it wasn’t Arnie’s fault that we both got involved in this affair. The couple had four children, Patrick, Katherine, Christina and Christopher. The complicated part of the case was the custody of their children as two of them Patrick and Christopher were minors, so the two agreed for having joint custody.

Arnold Schwarzenegger continued with the financial responsibility of his children since the couple got separated. And after the end of his governorship, he even moved near the studios so he could manage both cinema and parenthood as had to resolve family issues while he was shooting for the lead role in series of “The Terminators”. The couple never got divorced and are still legally married though Maria did fill a case against Arnie,  neither of them finalized it.

Even though property differences were also unlikely to occur because they got married in 1986 and didn’t conclude a marriage contract and according to State of California’s law all spouse property, movable or unmovable, is divided into half in the absence of a marriage contract. Arnold has been considering the divorce for years, and the case is proceeding without a conclusion,  the two are still spouse legally.

The American TMZ website ironically emphasized that the breakup might be issued  Guinness Book of World record. In an article, TMZ also published that Arnold realized his mistake and sought forgiveness from Maria and called for reconciliation, but Maria didn’t consider her apology and stayed apart. However, time passed and Maria lost her interest in accelerating the case, and the two stayed spouse on paper since.

The couple didn’t interact after the separation until Maria had to attend ESPYS Awards held in the Microsoft Theatre, Los Angeles for awarding athletes with phenomenal achievements. She arrived at the event with all her four children. Maria caught the attention of the press by entering wearing a beautiful black dress with bare shoulders and embroidered white flowers decorated on her waist. She raised her dress with golden heel and a small rectangular clutch.

After a parting from Arnold, she started dating Heather Milligan. Her dating rumours also contribute to her net worth. While Arnold Schwarzenegger net worth of 2020 is estimated to be $400 million. Arnold Schwarzenegger and Maria Shriver were perfect eye candy couple in the eyes of the audience. Even after their divorce still, fans want to see them together.

Who is Arnold Schwarzenegger wife?

Maria Shriver is the daughter of Eunice Kennedy Shriver and sister of assassinated President John F. Kennedy, in 1977.

What is Arnold Schwarzenegger wife net worth?

What is the number of Schwarzenegger children?

Who was the mistress of Arnold Schwarzenegger?

Mildred Patricia ‘Patty’ Baena was the mistress of Arnold Schwarzenegger. She was his domestic worker. 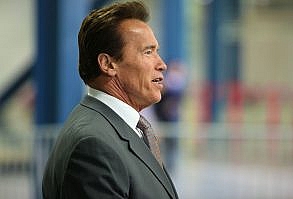 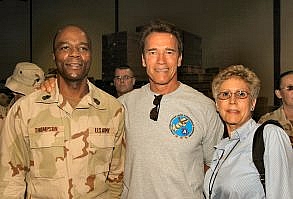