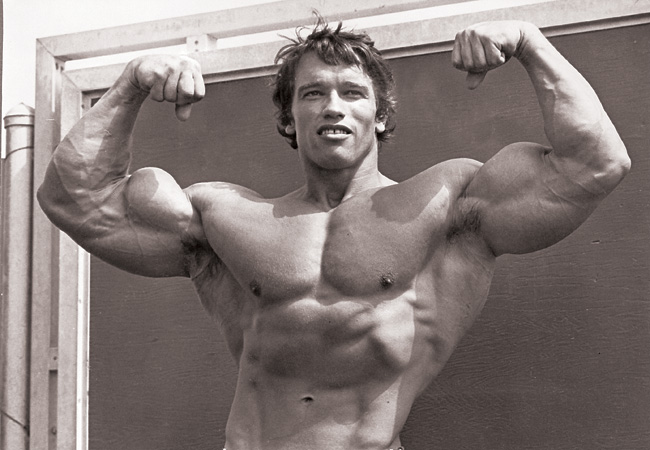 Arnold’s extensive career started when he was 15. Arnold Schwarzenegger started his journey to glory by bodybuilding. He won several Olympic weightlifting and powerlifting competitions. At the age of 20, Arnold won the title of Mr. Universe. In 1967, Arnold won the stone-lifting game in Munich by lifting a stone weighing 508 pounds ( approx. 254kg/ 560 lbs.) from the ground onto a podium.

Arnold never focuses on powerlifting competition, but powerlifting became part of his training. He once said in an interview, ” Positive thinking can be contagious. Being surrounded by winners helps you to develop into a winner.”

He is the man of achievements. His records of accomplishments in sports, acting, and politics, as environmentalists, business people, and bodybuilding, are outlandish. Arnie set goals for bodybuilders if they want to have a body like Arnold. It required a lot of effort. To expand muscle mass and expand it in the right places, one must correctly assess the volume of one’s body, know where to reduce and where to add.

Arnold Schwarzenegger’s lifting techniques, which helps him to develop his peaks are Curler with rocker is an excellent exercise to increase the muscle mass. He pulled out 3 or 4 sets of 10 reps by using his biceps instead of his back. Besides this, he wore a special belt, which helps to isolate biceps to the maximum and blocked the elbows.

He said if you are too tired to continue the reps, you can do a little cheating. You can use your shoulder and back, which will you lift so that you can maintain 4 or 5 more reps. This cheating force the biceps to do more work than they could have done. He uses medium height weight only in the last reps. It is one of the techniques he used for the biceps.

In this exercise, he aces up his sleeve and holds two medium-heavy dumbbells, raised one at a time, pushing to overcome his hand to the maximum, spinning it as he climbed the handlebar. The pinkie finger must touch the shoulder and elbows should not be adherent to the bust and had to stay full. This step must be controlled but fluid and continuous until the end. The pain caused by lactic acid is beyond to explain, but as it takes the liver. He also pulled out this one like 3 or 4 sets of reps.

This exercise helps to lift off stress on the back and shoulder. In this particular position, the biceps are 100% isolated that will stretch the muscle fiber of biceps to the maximum. Arnold performed 2 or 3 sets of 10 reps.

While performing concentration curls, Arnold brings a handlebar to his shoulder instead of the chest. In this exercise, he rests his arm in the knee and completed 2 or 3 sets of 10 reps. In Austria, he followed a very stricken training routine to keep himself in shape. At the beginning of his career, his training includes deadlifts, rowers, pull-ups, leaps basic exercises, squats, etc. These exercises help him to built kg and kg of muscle mass in the Gym.

This technique twists the forearm outward while doing dumbbell curls. It makes the outer head of biceps to work hard and raise the peaks. When you are lifting the dumbbell curl, concentrate on keeping your hand in a neutral position and spin it in a way that your palm faces upward. Turn your hand two inches from the top of the curl, so that your pinkie finger is higher than your thumb. It will maximize bicep.  The pain concentration in this will be higher, but it’s well worth it. Please do this in every rep; it will shape your bicep.

In addition to supination, Arnold let the dumbbell drag behind to get the intense concentration of bicep than he made the Dumbbells roll down in his hand and settle in his fingers; this will extend his wrist in each rep. In this way, the forearm wouldn’t support the weight; instead, it would stress my biceps. It will also be supinating the forearm.

The size of Schwarzenegger’s biceps is 54-57 centimeters, depending on the form and time of the athlete’s performance. Arnold once said, ”The body is amazingly adaptable and could familiarize itself to workloads that would fell a horse.” There is always a rumor that Arnold Schwarzenegger’s bicep volume is not what he claims. However, its just a tale with substantial evidence.

You can, but first, you have to build muscle mass through training cards with basic exercises. After that, you follow the details with activities like those indicated in this article to develop the biceps like Arnold Schwarzenegger Biceps.

How can one measure bicep?

What is the right size of biceps?

An average of 7 or 8-inch wrist is excellent. Now add 10 – inches in your wrist measurement; it will provide you a good idea of your bicep size.

What is the size of Arnold Schwarzenegger’s arm? 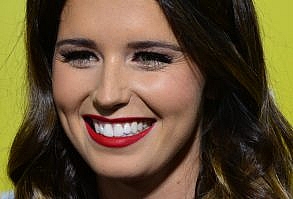 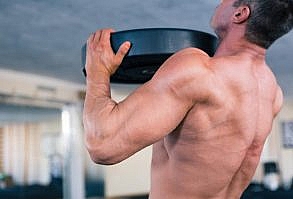